We had some previously unused flights to use up so decided to take a weekend (kid free!) to Komodo in Indonesia. I was so excited to do some diving and ocean photography! A friend had stayed at the Seraya Resort and recommended it so this is where we went. The beach bungalows were simple, lovely and right on a stunning stretch of sand leading onto the house reef. It’s a bit of a mission to get there from Singapore… flying to Jarkarta, then to Labuan Bajo and a speedboat to the island, but it was worth it! 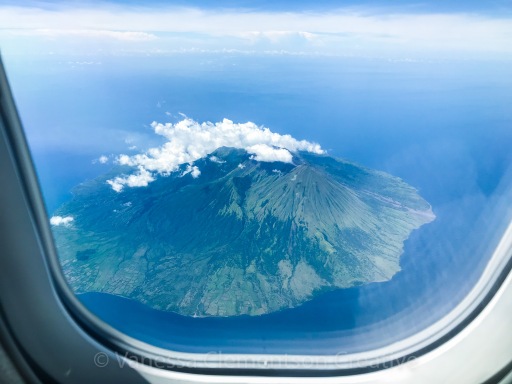 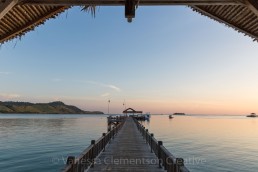 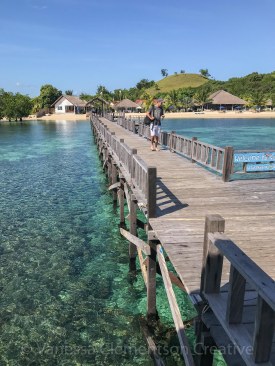 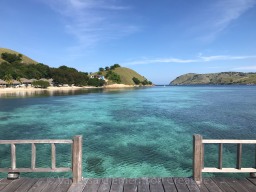 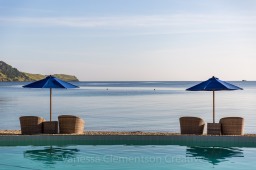 Waking up to a stunning sunrise which called me to take a walk along the jetty, I new it was going to be a magical day. The water was crystal clear and glassy and I saw some baby black tips as well as a few lion fish (noted to look out for these as you do not want to get stung!). We booked a day trip with Aqura Dive, the onsite dive shop and I couldn’t wait as it had been over a year since my last dive.

Of course we had to go to Komodo Island which is one of only a few islands that inhabit the Komodo dragon. I’ve seen Goanna’s and Monitor Lizards but these things are beasts!

Next stop was turtle city. As soon as we anchored, we were greeted by a large loggerhead popping up to check us out. During the dive we lost count after about 20 turtles. I love observing their different characters… some appear friendly and relaxed around the divers and others seem to say, leave me alone and get that camera out of my face (so I did!) Much like humans I guess : ) 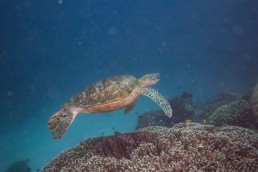 Now off to the Manta feeding station. I was super excited for this as although i’ve seen a couple of mantas in the distance in the Maldives, I had not been up close with the Oceanic Manats. It’s hard to get an idea of the scale of these majestic creatures but the wing span was over 4 metres. They would swim right over us as and come back around again for their cleaning so it was incredible to sit and watch (and take photos!) Unfortunately the water visibility wasn’t the best so the photos are a bit gritty.

Fortunately my husband enjoys scuba diving too, since I bought him a PADI course for Christmas about 12 years ago! So it’s great having him along as my buddy. However, he also likes to chill out and read a book on holidays (fair enough!) so it’s about finding balance between a bit of adventure and culture and just relaxing. We did a bit of that but I spent most of my time snorkelling on the house reef which was pretty impressive. I also had to drag him away from his book to do some creative shots that I had in mind… 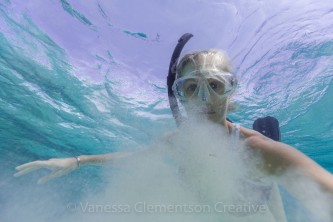 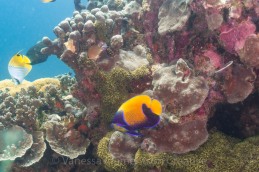 I read my book too! hehe